The example below shows a resume with a section for accomplishments. In this part you can add details of your achievements, special interests, projects and activities, and highlight your special areas of expertise.

Here is an example of the resume with accomplishments section

Recipient of many awards for films and TV arrangements. A mature professional, highly respected and recognized within the animation industry, with a distinctive flair for creating exceptional and trademark work. Inspires teamwork to bring out the best in studio gangs through strong motivation and leadership; well-liked as a boss.

“I worked with Simon on a number of Disney productions and it was a rare pleasure to share the company of a truly passionate individual who brings his exceptional qualities to the set.”

Joined the company at director level and soon made his mark as an outstanding leader and role model for many young aspiring filmmakers, taking camera layouts and visual artistry to a new level.

Guides for You...
>>> New - Amazing Resumes!
>>> Veterans Guide To Getting Federal Jobs
>>> How To Use Linkedin To Find A New Position
>>> Ultimate Guide To Job Interview Answers
>>> Guide to Job Search 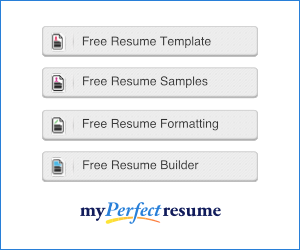